The September development sprint focused on refactoring and streamlining the core components of Survey Solutions. This code optimization reduced the synchronization time and improved stability of the many internal processes.

Release 5.24 also contains the following features and improvements to our software functionality:

Calculated variables are commonly used in CAPI questionnaires to implement complex checks or indicate to the interviewer some derived information. For example, one may create a variable that calculates the number of children in the household,

and use this variable in subsequent questions to check if the number of children in a household  exceeds a specific threshold.

Starting with version 5.24 of Survey Solutions these variables will be automatically included in the export data. This is especially useful when the variables are dependent on random sequence of values generated by Survey Solutions, such as in the cases of random selection of respondents in households or enterprises.

No special actions are required on the user side. After the upgrade the new data downloads will contain the calculated variables as part of the exported data. The variables are exported in the order they appear in the questionnaire.

The appearance of the cards on the dashboard in the Interviewer app has been reworked to present the information in a more consistent and usable form. 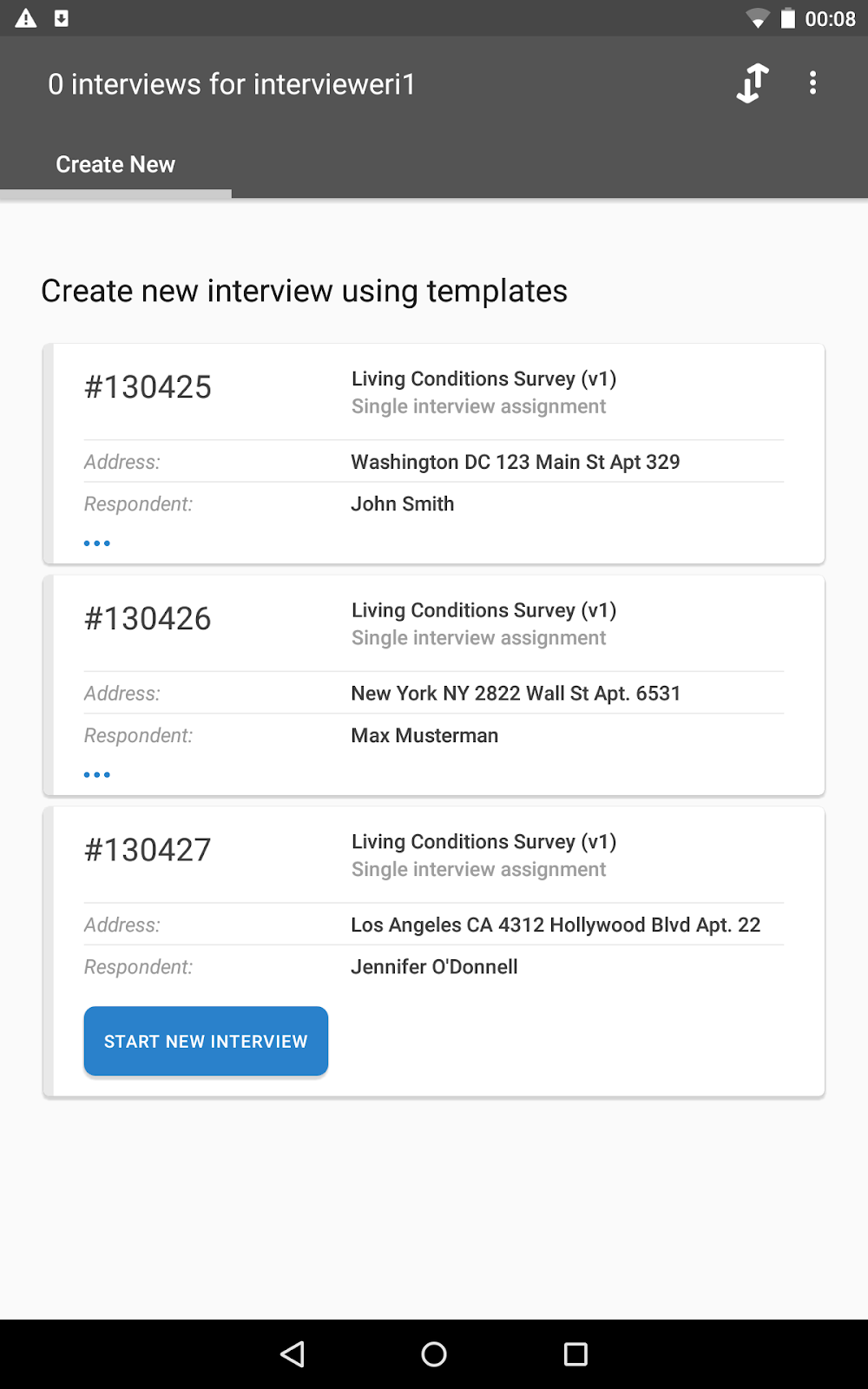 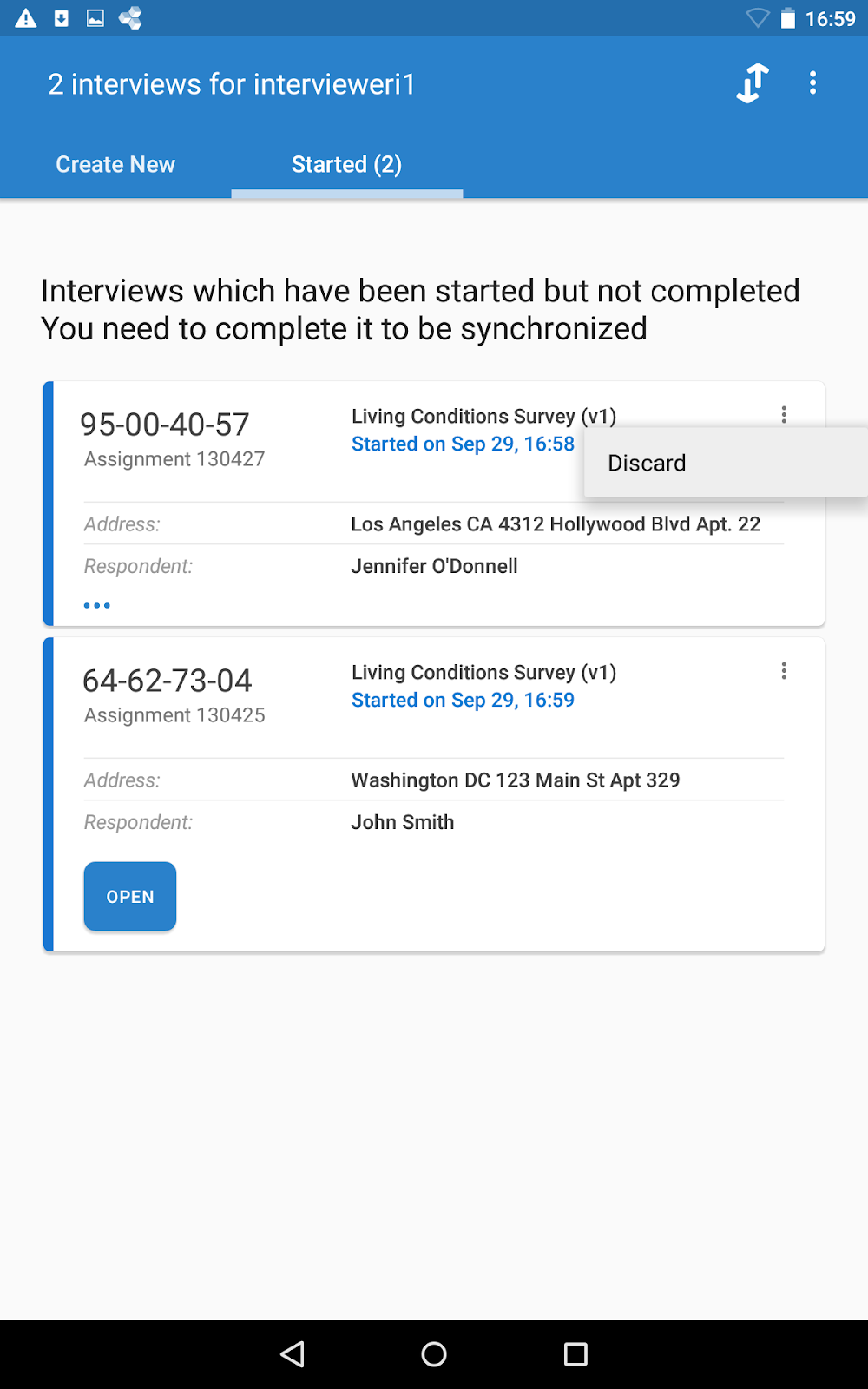 The information in the identifying fields is shown in a concise form, and unfolds fully when a card is clicked. In the unfolded view the user has access to the button to start a new interview for the assignments and open interview for interviews. The new cards show more prominently the reference numbers for assignments (assignment number) and interviews (interview key), which can be mentioned in conversations between interviewers and supervising staff.

An interview card also has its own menu, which currently provides access to the “Discard” functionality to erase that interview.